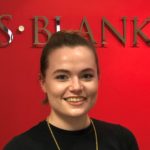 What is the Coroner’s Court?

When do you go to the Coroner’s Court?

Process at the Coroner’s Court

For more information about Tanya and her work, please click HERE.


This entry was posted in Blog, News, Personal Injury. Bookmark the permalink.
Blog