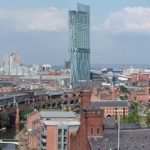 Manchester is known for so much. It’s the birthplace of some of the best bands and musicians, the home of two huge football clubs, and the hub of industrial development that has created centuries of progress.

At Davis Blank Furniss, we’re proud to be based in the centre of this extraordinary city, with our offices located on Deansgate. But just what makes this city so special?

We’ve put together seven reasons why a visit to Manchester isn’t something you’ll regret:

Manchester’s music history is something it will forever be known for, with the Madchester movement seeing much loved bands such as The Stone Roses and Happy Mondays thriving in the late 80s and early 90s, and The Smiths and Oasis being some of the biggest musical exports from the area.

At present, the Manchester music scene is still going strong, with many up and coming bands and talented artists regularly performing at the excellent venues around the city. While you’ll find some of the biggest names in the world at Manchester Arena and the O2 Apollo, you’ll get to experience the future of the industry in venues such as the O2 Ritz, Manchester Academy, and the excellent Band on the Wall over in the eclectic Northern Quarter.

Theatre lovers will be right at home in Manchester, as it is home to a good number of major venues that welcome some brilliant plays, musicals and performers.

The Palace Theatre has been open since 1891, and has welcomed many huge productions with stars such as Laurel & Hardy and Noel Coward having treaded the boards over the years. Over in Spinningfields, you’ve got the similarly historic Opera House, which was opened under the name of the “New Theatre” in 1912. It now regularly hosts some of the UK’s biggest touring musicals and plays. 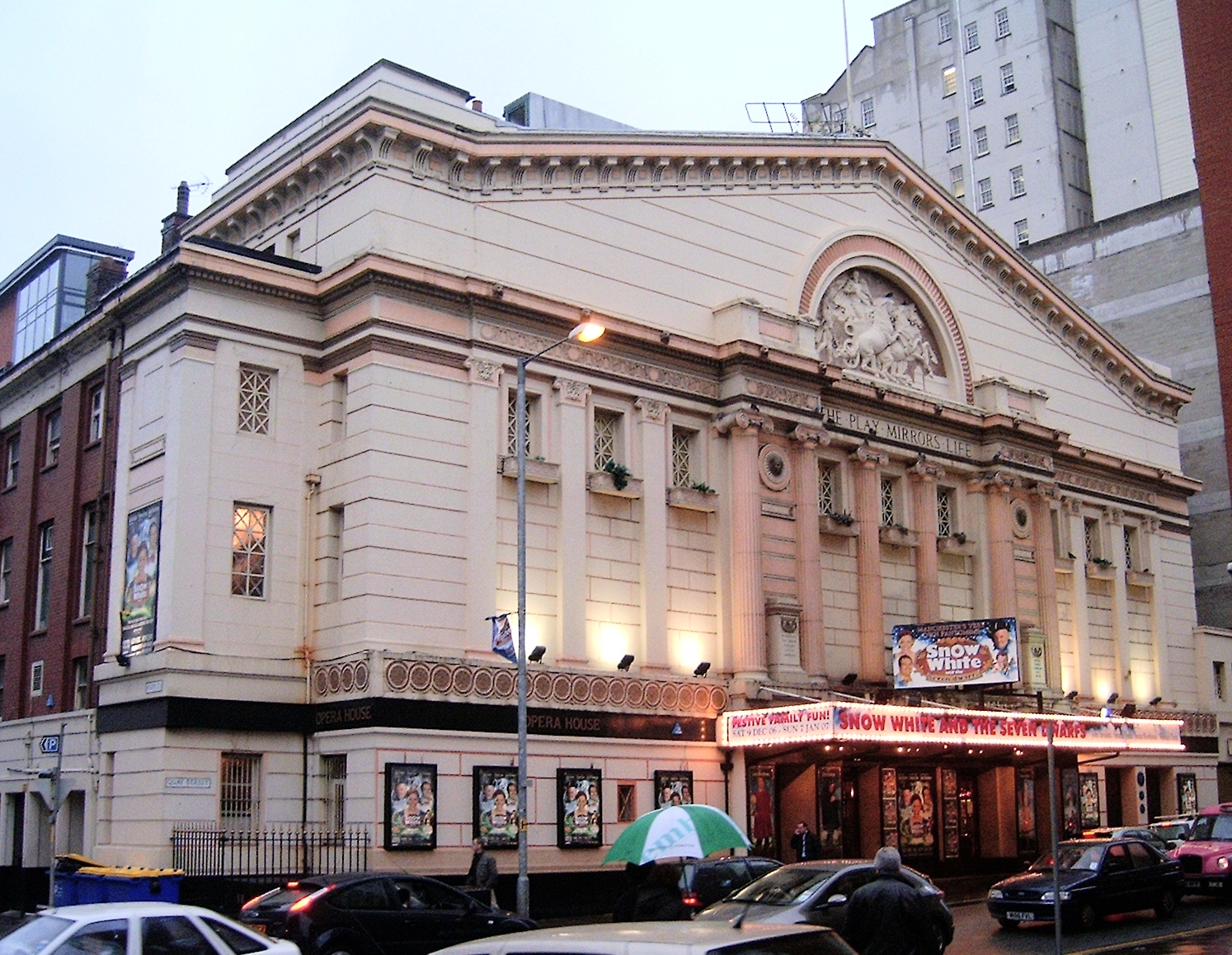 For a theatre experience with a difference, the Royal Exchange is heavily recommended, with the auditorium designed in the “theatre in the round” style, with seats around the central stage at all sides. It puts on a programme of its own productions, and also welcomes touring companies.

And if those great theatres aren’t enough, the Lowry in neighbouring Salford is another favourite with three performance spaces – the huge Lyric theatre, the smaller Quays auditorium, and the 150-seater studio.

There’s plenty to do in Manchester, especially if you like expanding your knowledge on a range of topics.

The Museum of Science & Industry has a reputation as one of the best in the North West, based in the former Manchester Liverpool Road station – the first passenger railway station in the entire world. As well as exhibits on the city’s industrial heritage, the attraction houses a dedicated Air & Space Hall, featuring a selection of decommissioned aircraft, and other historic vehicles, as well as a working steam railway.

Over at the University of Manchester is the Manchester Museum, with extensive collections of Ancient Egyptian artefacts, and prehistoric rocks and minerals, as well as a vivarium where you can visit Costa Rican Frogs, and other critically endangered amphibian species.

The People’s History Museum has an extensive collection of information and pieces about key events such as the Peterloo Massacre and the women’s suffrage movement, with the centre dedicated to the history of working people.

Manchester is home to the National Football Museum, a must for any football fan, while paintings by artists including L. S. Lowry, John Constable and Thomas Gainsborough can be viewed at Manchester Art Gallery.

Manchester is a haven for shopaholics, with so much choice available for those looking to buy gifts or fill their wardrobes.

Manchester Arndale is one of the first choices for those in the city centre, with most of the big names you’d expect to find, as well as a dedicated indoor market with some top fresh food stalls.

On the outskirts of the city is the famous intu Trafford Centre, which as well as all the shops you could wish for, has a huge area dedicated to restaurants, and leisure choices including a cinema, arcade, laser quest and mini golf. 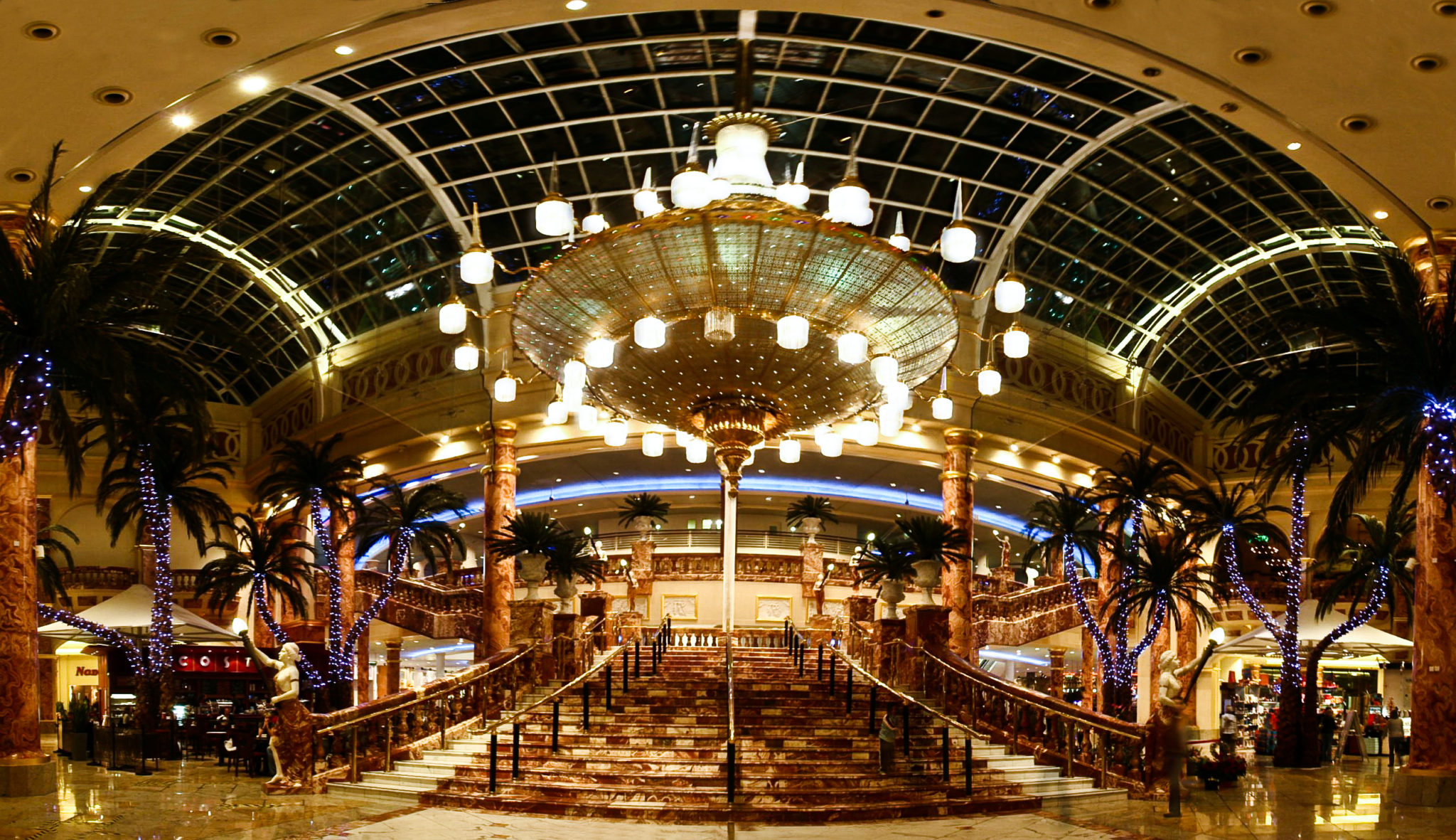 As well as the big shopping centres, there’s a great selection of independent businesses offering some top-quality products. The Northern Quarter is well known for its eclectic mix of shops and restaurants, with the quirky Oklahoma a must visit for gifts and homeware, and the Craft & Design Centre housing a number of small, creative shops. It’s also the home of Afflecks, an emporium of unique shops selling products you’d be hard-pushed to find elsewhere in Manchester.

From fine dining to premium fast food, there’s so much to choose from when it comes to eating out in Manchester.

The Northern Quarter has a great range of eateries that serve fast food with a twist, with Solita the place to go for the biggest burgers, and Almost Famous well known for its innovative combinations. Meanwhile in neighbouring Ancoats is Rudy’s Pizza, probably the best place in the city to get a traditional Neapolitan pizza.

The fanciest restaurants in Manchester include tapas specialists El Gato Negro, the only local recipient of the Michelin Bib Gourmand.

It goes without saying that Manchester is well known for its football. Manchester United has built up one of the world’s biggest fan bases after a huge period of success under Sir Alex Ferguson, while Pep Guardiola’s Manchester City side is currently producing football thought of as some of the best on the globe. 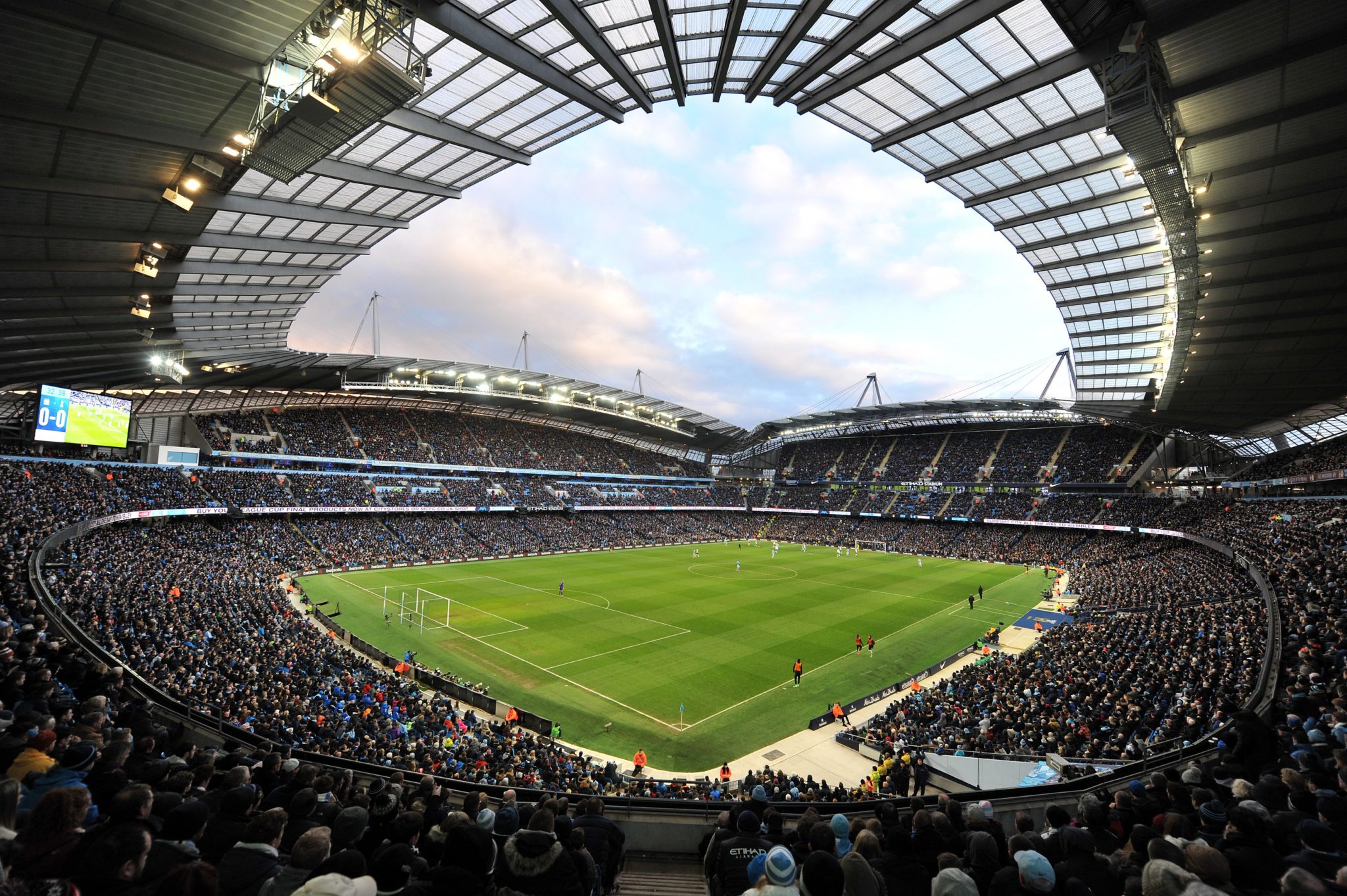 Visiting Manchester to watch either of the teams in action is guaranteed to be an exciting activity, or if there’s no game on, you can experience the epic Old Trafford & Etihad Stadium from the players’ point of view with a tour.

The Manchester skyline is dominated by the constantly growing number of skyscrapers, with the unique shape of the Beetham Tower one of the most recognisable. After opening in 2006, it held the record for being the tallest building in the UK outside of London, but has since been thwarted by the currently under construction South Tower in the new Deansgate Square development. You can experience the beautiful views of Manchester and the surrounding areas from the special Cloud 23 bar, halfway up Beetham Tower. 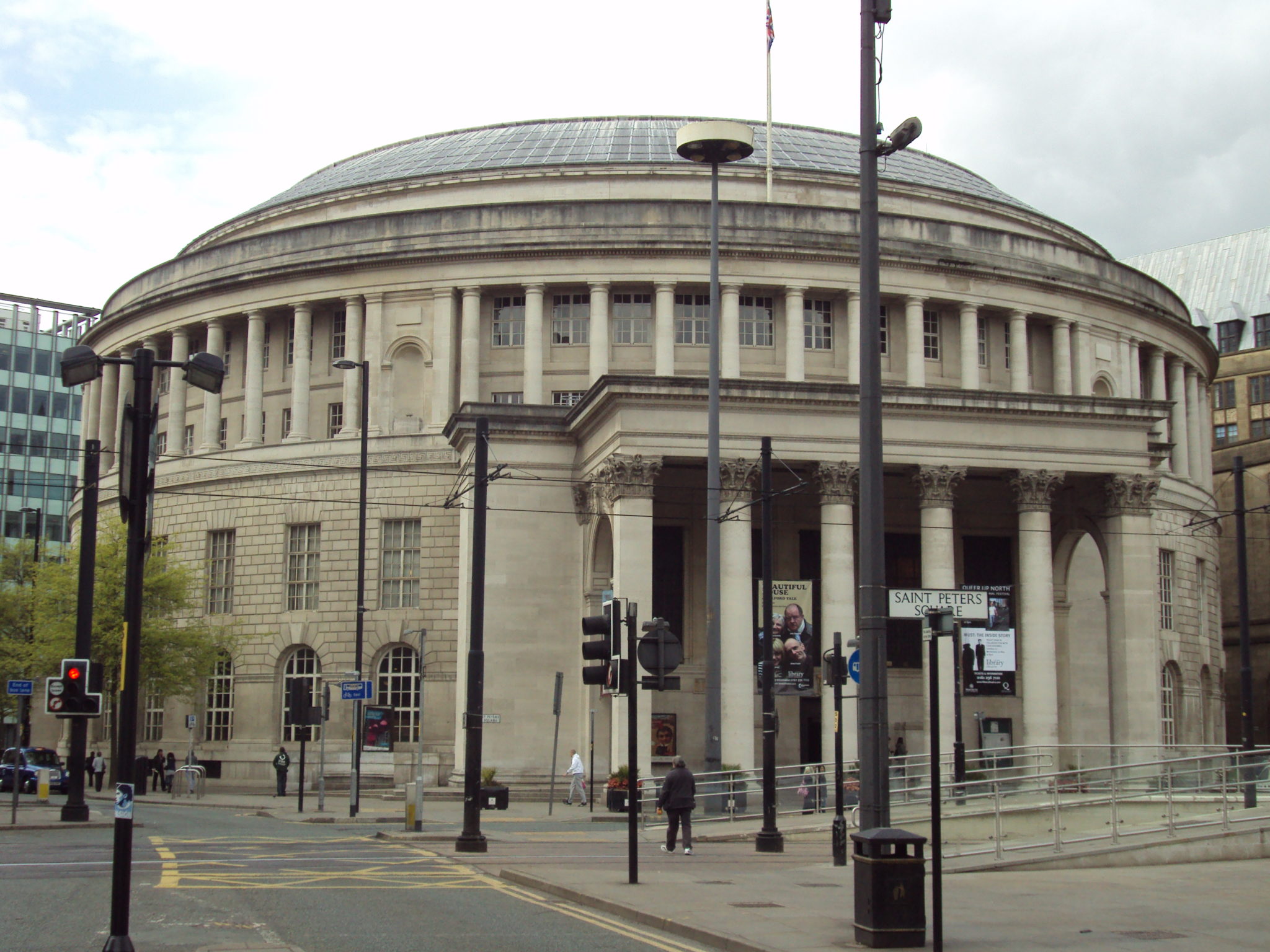 Although Manchester is becoming a thriving home of modern architecture, the traditional, historic buildings remain prominent as ever. Both inside and out, the amazing Central Library in St Peter’s Square looks stunning, while nearby is the Town Hall which has stood for over 140 years, showing off a gothic, imposing style. These barely scratch the surface of what is a city of such awe-inspiring architectural heritage.